A career in law enforcement can be as diverse, rewarding, and at times, as dangerous, as any career can be.  The work load and tasks required of a law enforcement professional range from extended periods of inactivity,  to any imaginable physical scenario including close quarter combat, running, and jumping.  With no way of knowing what challenge awaits you around the next corner or during your next shift, preparing yourself physically and mentally for these encounters can be difficult to say the least.  Compounded with extended work shifts, varying hours, and the demands of family life, having time to train can be nearly nonexistent.  Add to that the complacency which often creeps in after numerous

“uneventful encounters” and a belief that “It won’t be me”, the ground work for tragedy is already laid.

Often times, if physical training is even done, it becomes whatever is convenient or serves less admirable purposes such as vanity.  For those that do train, they often come from one of two camps; the body-builders or the endurance athletes.  Both are quick to offer justifications for their narrow approach to training.  “I don’t need to chase people, that’s what the helicopter is for” or “I’ll just keep my distance and let him tire himself out until backup arrives” are often the excuses offered from these camps.  These would be wonderful plans if we actually had control over these things, but by the nature of the fact that we are engaged in such a situation to begin with, WE CAN NOT CONTROL THIS.   As a law enforcement officer, very seldom will you encounter a scenario where extreme strength or extreme speed, which could only be developed through a specialized(narrow scope) training program, will be required.  However, quite frequently a law enforcement officer will be required to demonstrate above average ability in the areas listed above, often times during the same incident.

Even those that train using a more “well rounded approach” can quickly encounter problems.  We will avoid things that are uncomfortable to us or that we just aren’t good at.  This is human nature and a tough thing to overcome.  Even what most people would  considered a “well rounded approach”  will seem narrow when compared to the complexity and variety of tasks required of law enforcement officers.  As CrossFit founder Coach Greg Glassman put it, “segmented training produces segmented results.”  An athlete may be a decent runner and have above average strength, but when put into a situation where these tasks are combined, the wheels begin to fall off.  Having trained in each area individually does not automatically translate in being able to complete each task at the same proficiency levels simultaneously.

So as a law enforcement officer, how would CrossFit benefit you?  First of all, CrossFit is a core strength and conditioning program.  Its goal is to train athletes to perform successfully at multiple, diverse, and randomized physical challenges.  CrossFit athletes are trained in gymnastic movements, Olympic weightlifting, running, rowing, and biking at short, medium, and long distances.  This approach guarantees exposure and competency in each of the three main metabolic pathways.  CrossFit has made a deliberate attempt to optimize physical competence in each of the ten recognized

physical domains.  These are: cardiovascular/respiratory endurance, stamina, strength, speed, flexibility, power, coordination, agility, balance, and accuracy.  CrossFit contends that you are only as fit as you are competent in each of these ten areas.  With the range of tasks required of a law enforcement officer, it is not difficult to image any number of scenarios in which one or more of these domains become important, if not essential.  Furthermore, it is easy to come to the conclusion that a lack of competency in one of these domains can be met with serious, even deadly, consequences for the law enforcement officer.

One of the standards CrossFit uses to evaluate fitness is the hopper model.  The essence of this model is the view that fitness is about performing well at any and every task imaginable. Picture a hopper loaded with an infinite number of physical challenges where no selective mechanism is operative, and being asked to perform feats randomly drawn from the hopper.  The implication here is that fitness requires an ability to perform well at all tasks, even unfamiliar tasks, tasks combined in infinitely varying combinations.  In practice this encourages the athlete to disinvest in any set notions of sets, rest periods, reps, exercises, order of exercises, routines, periodization, etc.  The hopper model most closely resembles a typical law enforcement workshift.  With no knowledge of what will be asked of you on any given day, how well will you perform?

One analogy that well summarizes CrossFit’s utility for law enforcement work is this.  If I told you that in six months you will be competing in a physical contest, an MMA fight.  And I told you who your opponent is, gave you background on your opponents strengths/weaknesses and I gave you the exact time and location of the fight.  How would you prepare yourself?  But in law enforcement work, you do not have the luxury of knowing any one of these things.  So instead, I tell you that you may face a physical challenge sometime in the future.  I do not give you any details as to what will be required of you to be successful  during this challenge.  The date, location, opponent, and every other variable is completely unknown to you.  Also, there will be no referee at this challenge, so failure could have serious consequences.

How would you train?  All of a sudden we find ourselves thinking training for that hypothetical MMA fight might be easier.

You have been provided with many tools to be successful on the street, but we need to focus on developing your most powerful and reliable tool, your body.  As a law enforcement officer, you have sworn to uphold an oath to enforce the law, live a life of discipline, and protect those in need.  You have a duty to the public, your department, and most importantly, yourself and your family, to maintain a level of fitness which will provide that protection and ensure mission success and your survival.

Some information courtesy of CrossFit inc.

2 thoughts on “CrossFit for Law Enforcement” 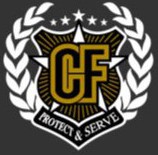